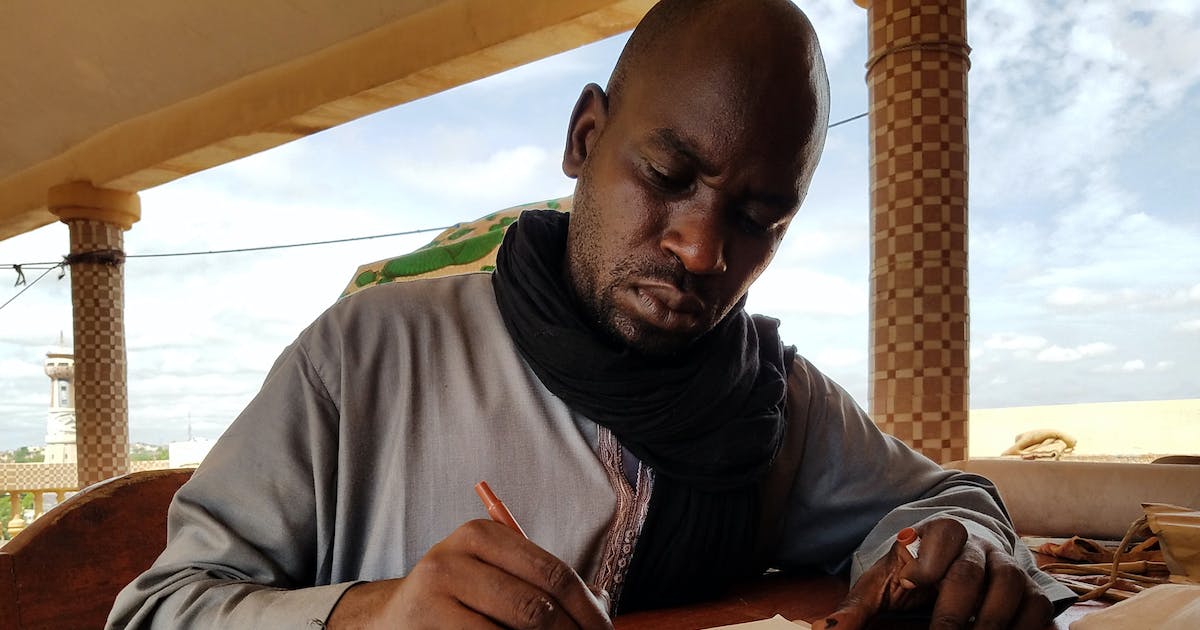 A letter from Timbuktu: Project in Mali delivers work and fun

by Catrina P. Smith on December 26, 2020 in project business

It’s not often that Phil Paoletta receives disgruntled emails about his and Ali Nialy’s project, but when he does, it’s because someone thinks their West Africa-based company is a scam.

The duo started Postcards From Timbuktu in 2016 with a mission to help unemployed tour guides gain an income by sending cards from a city that’s become shorthand for a far-flung, if not imaginary, place.

“They think Timbuktu isn’t a real place and we’re printing fake postcards and stamps to make it seem like something’s coming from a place in a joke,” Paoletta said.

It then falls to Paoletta to explain that Timbuktu is, in fact, a real city, that the person who wrote the message is not a grifter a la a fictitious “Nigerian prince,” and that one of their friends or family members ordered a postcard for them thinking they would enjoy receiving correspondence from Mali.

A love letter from Timbuktu? A project in Mali provides delight – and a lifeline. |

It is not normally that Phil Paoletta receives disgruntled email messages about his and Ali Nialy’s venture, but when he does, it is simply because someone thinks their West Africa-dependent company is a scam.

The duo begun Postcards From Timbuktu in 2016 with a mission to assist unemployed tour guides achieve an revenue by sending playing cards from a town that’s become shorthand for a significantly-flung, if not imaginary, put.

“They think Timbuktu isn’t a authentic put and we’re printing bogus postcards and stamps to make it appear like something’s coming from a spot in a joke,” Paoletta reported.

It then falls to Paoletta to demonstrate that Timbuktu is, in reality, a true city, that the man or woman who wrote the concept is not a grifter a la a fictitious “Nigerian prince,” and that just one of their buddies or spouse and children users ordered a postcard for them